A Light Novel in the universe of kawaiiNihongo

Available in German and English

Reading Sample in English and German BELOW!

Take a look at VOLUME 2 here: 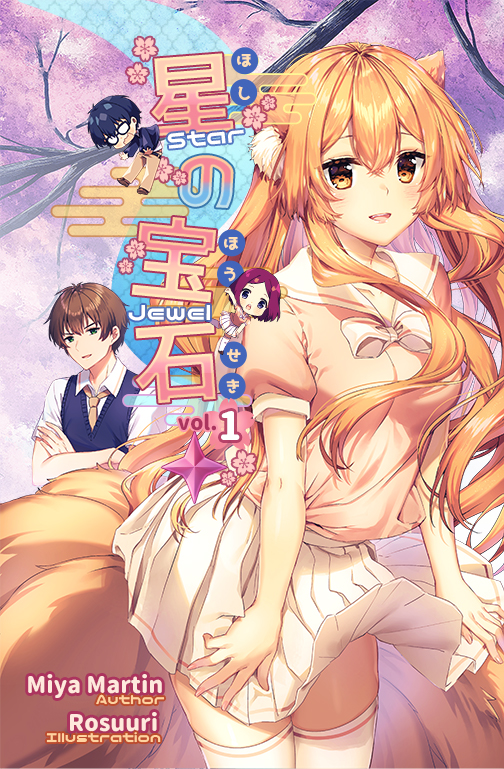 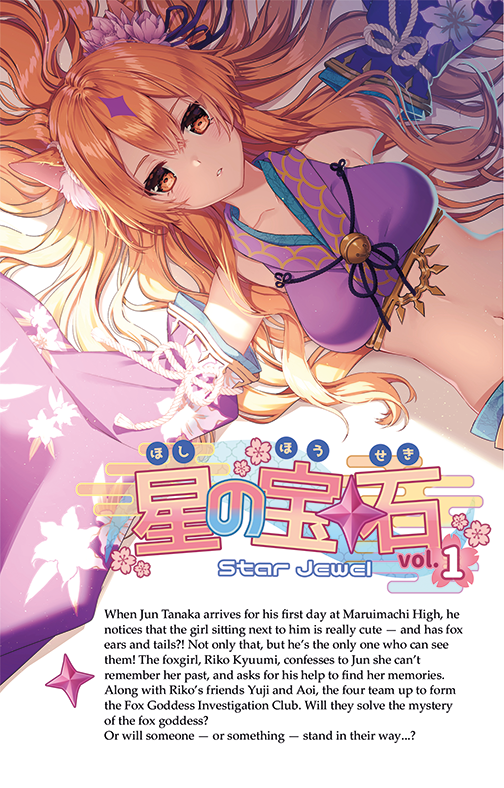 When Jun Tanaka arrives for his first day at Maruimachi High, he notices that the girl sitting next to him is really cute — and has fox ears and tails?! Not only that, but he’s the only one who can see them! The foxgirl, Riko Kyuumi, confesses to Jun she can’t remember her past, and asks for his help to find her memories. Along with Riko’s friends Yuji and Aoi, the four team up to form the Fox Goddess Investigation Club.

Will they solve the mystery of the fox goddess? Or will someone — or something — stand in their way...? 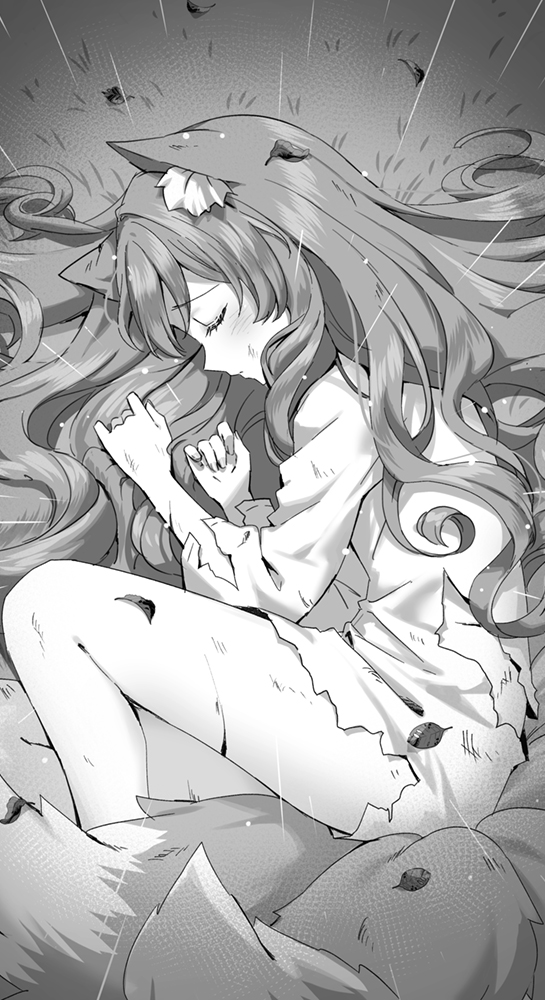 Prologue
—One Year Ago—

Lightning flashed above the torrential rain, illuminating briefly the shape of a young woman, scrambling through the woods. The thunder that followed drowned out the sound of her heavy breathing, and that of the twigs snapping under her feet—but not the blaring alarm that permeated the air. She ran mindlessly, desperately; not in any specific direction, simply away.
Behind her, a large building, normally drab and grey, was lit up like a Christmas tree, as warning lights in red, green, and yellow sparkled through the curtain of rain. Searchlights pierced the darkness around the facility, scanning the surrounding forest. The girl danced nimbly through the brush to evade the beam. Before long, the building was out of sight, and the claxon faded into the night.
Her legs continued pumping. She still lacked a conscious destination, her body moving on autopilot toward the place she had called home before her abduction. Were she thinking clearly, she would have realized the danger in returning there—her pursuers already knew of her attachment to the place. But she was not thinking clearly. She could hardly think at all. For now, all she could do was run.
The shrine was tucked away into the side of a mountain. The path leading to it, once well-worn, was now overgrown. Yet, this was no problem for the girl—she could have found her way there blindfolded.
After what felt like hours, she reached her destination, slowing as she approached, exhaustion finally catching up with her. Through the gloom, lightning flashed once more, revealing the faded red of the small torii gate that marked the entrance to her home.
A wave of relief crashed over her as she passed through it, stepping finally onto the sacred grounds. A few steps past the gate, that relief took hold over the adrenaline that had been coursing through her body, and she collapsed in a heap, all her energy spent.
As her mind went dark, and her vision began to fade, she wrapped her tails around herself for warmth, and flattened her two, pointed ears against her head.