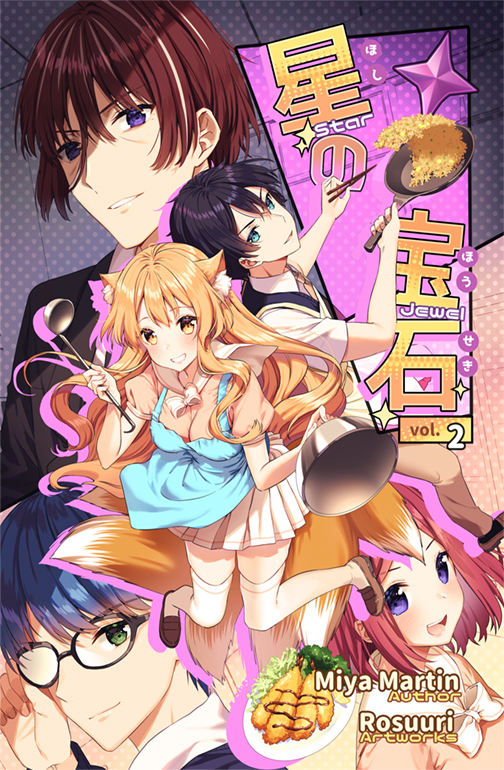 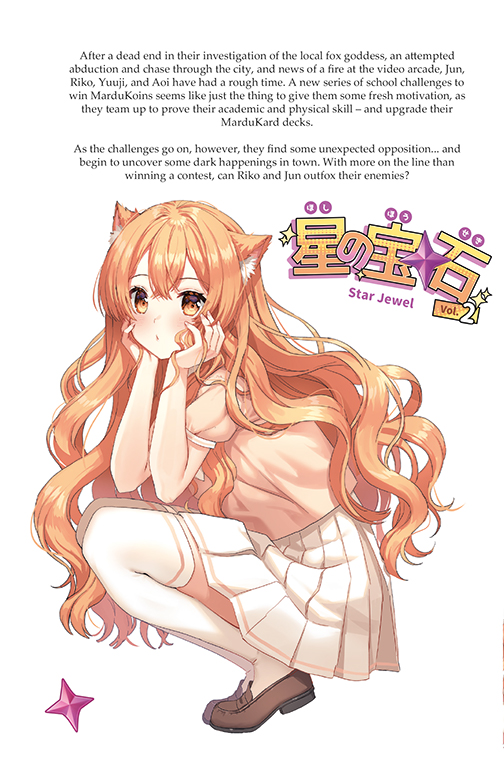 After a dead end in their investigation of the local fox goddess, an attempted abduction and chase through the city, and news of a fire at the video arcade, Jun, Riko, Yuuji, and Aoi have had a rough time. A new series of school challenges to win MarduKoins seems like just the thing to give them some fresh motivation, as they team up to prove their academic and physical skill – and upgrade their MarduKard decks.

As the challenges go on, however, they find some unexpected opposition... and begin to uncover some dark happenings in town. With more on the line than winning a contest, can Riko and Jun outfox their enemies? 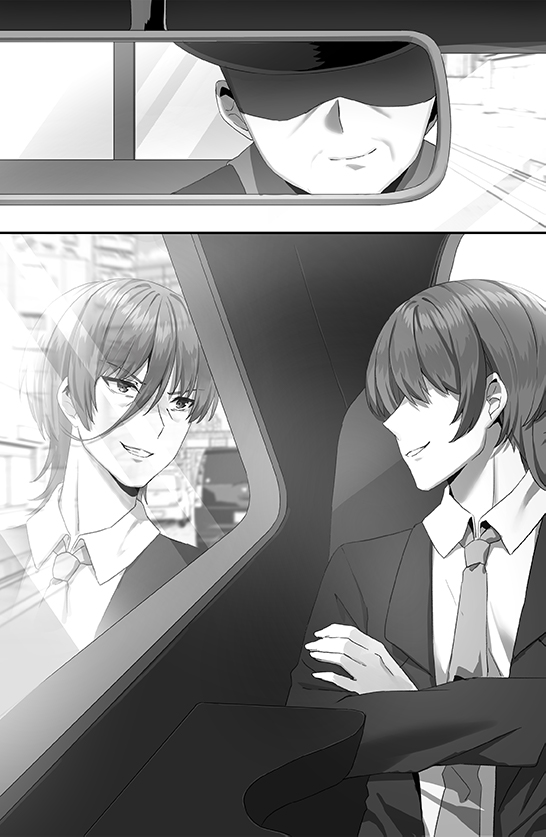 A few hours had passed since sirens had filled the air, shattering the quiet of the dead of night. Most of Maruimachi still slept, but the area around the city’s video arcade was a hive of activity. While the fires had been extinguished, smoke still drifted into the dark sky, and firemen bustled in and out of the charred building. Police milled around outside, taking notes and barking orders.
A man in a suit stood out like a sore thumb among the uniformed emergency workers. He looked on impassively, cold eyes remaining on the building as the police officer at his side asked him questions. He answered, calm and collected, and the officer dutifully jotted his responses on a notepad.
Finally, the last of the emergency vehicles departed the scene. There was much to do, but the immediate crisis was over. The man returned to his own car, where his waiting aide opened the rear door. When he stepped inside, the aide took the driver’s seat.
“Back to your home, or the office, Vice President Tenjou?” the aide asked.
“Home, please,” Tenjou responded. “There’s time enough to begin clean-up in the morning.”
The car pulled away, leaving downtown for a more residential area. Silence dragged on. The aide glanced at the rearview mirror.
“Quite surprising that there could be such a powerful electrical short, isn’t it, sir?” he said, nervousness creeping into his voice.
The corner of Tenjou’s mouth turned up wryly.
“According to the fire brigade, it seems to have been caused by a freak bolt of lightning.”
“Lightning?!” The aide turned his head up, eyeing the clear night sky above. He cleared his throat. “Ah... hm. I see, sir. How unlucky.”
“Unlucky indeed,” Tenjou murmured. “But, now is not the time to dwell on... freaks of nature. This ‘accident’ presents us with a good chance to renovate and rebuild.”
The aide tried to smile. “You are forward-thinking as ever, sir!”
Tenjou smiled back, but it didn’t reach his eyes. “Always best to look for the opportunities in whatever situation arises.”
He turned away, looking out the window. When he spoke again, it seemed to be half to himself.
“With the game center out of commission for the time being, though, we wouldn’t want people’s attention to wane. I think it’s time we hold a tournament. The entry fees and extra sales will fund the rebuilding... and it’s a perfect chance to roll out Version 2.0.”